【Language, Politics, And The Men 3 】Indonesian: A language of unity Quick question. How do you choose a national language for 250 million people speaking more than 400 native dialects? The language needs to be a medium of communication appropriate for a modern society; it has to be associated with prestige so that non-native speakers would want to learn it, but it cannot be one that evokes exclusivity such as to induce resentment. It should also be a language that can be accepted by the myriad ethnic communities as part and parcel of the Indonesian identity. In other words, a language that can fuse the demographic jigsaws and make a united Indonesia possible.

Surprisingly, this seemingly insurmountable problem of choosing the future national language of Indonesia was solved within three days of the First Congress of Indonesian Youths. In late April 1926, groups of young people from all over Indonesia convened in Jakarta to discuss the future of the nation. Agreeing on a national language was high in their agenda. The young leaders understood the importance of choosing a language that can compel the Indonesian people to rise above regionalism. It appeared that by that time only Dutch, Javanese, and Malay had the potential to be the lingua franca of modern Indonesia.

The obvious solution to avoid the dispute that might arise from a preference to a particular local dialect was to select a foreign language. However, Dutch was deemed inappropriate as it was a colonial language mastered only by the privileged Indonesian elites. Furthermore, its pragmatic value as an international language of commerce was doubtful as Dutch was not as widely spoken as English or French. All in all, despite being around for more than three centuries, Dutch lacked the nationalistic sentiment and utility that can tie together Indonesia’s diverse population.

The decision of not choosing Javanese was a rather delicate one. The young leaders knew full well that the Javanese was (and still is) the largest ethnic population in Indonesia, making up almost half of the nation’s population. Comprising the elite community, Javanese upper-class was dominant in academics, economics, and politics. Indeed, most of the participants of the First Congress were of Javanese descent. However, choosing Javanese as the Indonesian national language would ascribe further prestige and benefits to the already influential community and might potentially fuel national divisiveness. It was with great foresight, and restraint perhaps, that the young leaders did not designate Javanese as the national language. Besides, the very nature of Javanese did not lend itself to a language that can be spread to different communities. There are two sets of Javanese dialects, the ‘high’ variety called ‘Krama’ and the ‘low’ variety called ‘Ngoko’; whether a Javanese speaks Krama or Ngoko entirely depends on social status. As a reflection of the culturally rigid social structure, Javanese is a highly hierarchical language that does not evoke egalitarianism which is instrumental to arouse a spirit of unity.

Malay on the other hand had actually been the lingua franca of Indonesia long before independence. Its widespread influence began under the Srivijayan Empire. At its zenith, Srivijaya’s conquest covered the whole of Malaysian peninsula, the entire stretch of eastern coastal regions of Sumatera, half of Java, and a chunk of western Borneo. A dominant maritime power, Srivijaya ruled the entire Strait of Malacca, through which textiles, gold, silk and more were transported to and from the Middle East, India, China and the rest of Southeast Asia. As such, Malay gained prestige as the language of commerce and slowly spread beyond the western region of Indonesia. Malay’s currency as an inter-ethnic medium of communication was buttressed by its ease of learning. It was a relatively easy language to learn without feminine or masculine nouns or change of tenses.

Fast forward to the period of Dutch colonialism in Indonesia in the 18th century, Malay was so widespread by then that it was chosen as the official language of administration in addition to Dutch. Nevertheless, Indonesian elites at that time were still mostly proficient in Dutch. As luck would have it, the Japanese occupation in 1942 practically ended further spread of Dutch. Malay, by this time known as Indonesian, was chosen as the sole official language. By the time the Founding Fathers proclaimed independence in August 1945, Indonesian had become the obvious choice of national language.

Malay was the ideal choice because it is the language of the few spoken by the many. At the time of Indonesia’s independence, only 5% of the population were native Malay speakers. The rest of Malay speakers used the language as a medium of inter-ethnic communication. The nature of the language enables different communities to inculcate words from their own native dialects into their regional Malay, thus making the acquired second language their own. Even more important, the small Malay community was never dominant in Indonesia’s economy or politics. As language is power, choosing Malay or Indonesian as the national language means more ethnic communities are the beneficiaries.

Other culturally and linguistically diverse nations were not as successful in stirring nationalism and unity through their national languages. A native language of the economically and politically influential community, the choice of Hindi as India’s national language drew violent opposition from non-Hindi speakers which resulted in recurrent anti-Hindi riots. Similarly, the Philippine government’s decision to designate the language of the majority, Tagalog, as the national language was disputed by the Cebuano and Hiligaynon communities. Indonesia was lucky to have a native language that can transcend ethnicities, regions, and religions to achieve the Founding Fathers’ vision of the nation’s unity in diversity.

Maybe it was all pragmatic politics, but I would go so far as to say that choosing Malay as Indonesia’s national language was democracy at its best. It was a triumph of egalitarianism over exclusivity, a victory of the many over a few. It was also testament to the benefit of foresight that ultimately to achieve a harmonious nation, it was not the voice of the majority but the voice which benefits the majority that should be heard. Indonesian is a language that has been shaped through centuries of Indonesian civilization, adopted by the myriad of indigenous cultures, altered, localized and evolved to be the beacon of inter-ethnic integration and harmony. The greatest tribute that can be bestowed to the crowning achievement of the young leaders 80 years ago is this: Indonesian is truly the language of the people.

Paauw, S. (2009). One land, one nation, one language: An analysis of Indonesia’s national language policy. University of Rochester Working Papers in the Language Sciences, 5(1), 2-16. 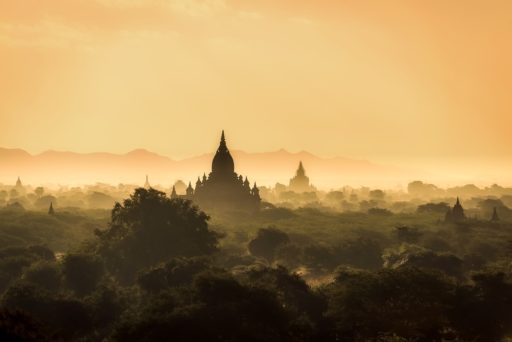